The Popular Mobilization Units is an Iraqi state sponsored umbrella organization consisting of around 40 Shia, Sunni, Christian, and Yazidi militias. They were created in 2014 and have fought in almost every major battle against ISIS. Issues have arisen against the PMU concerning their ties to Iran. 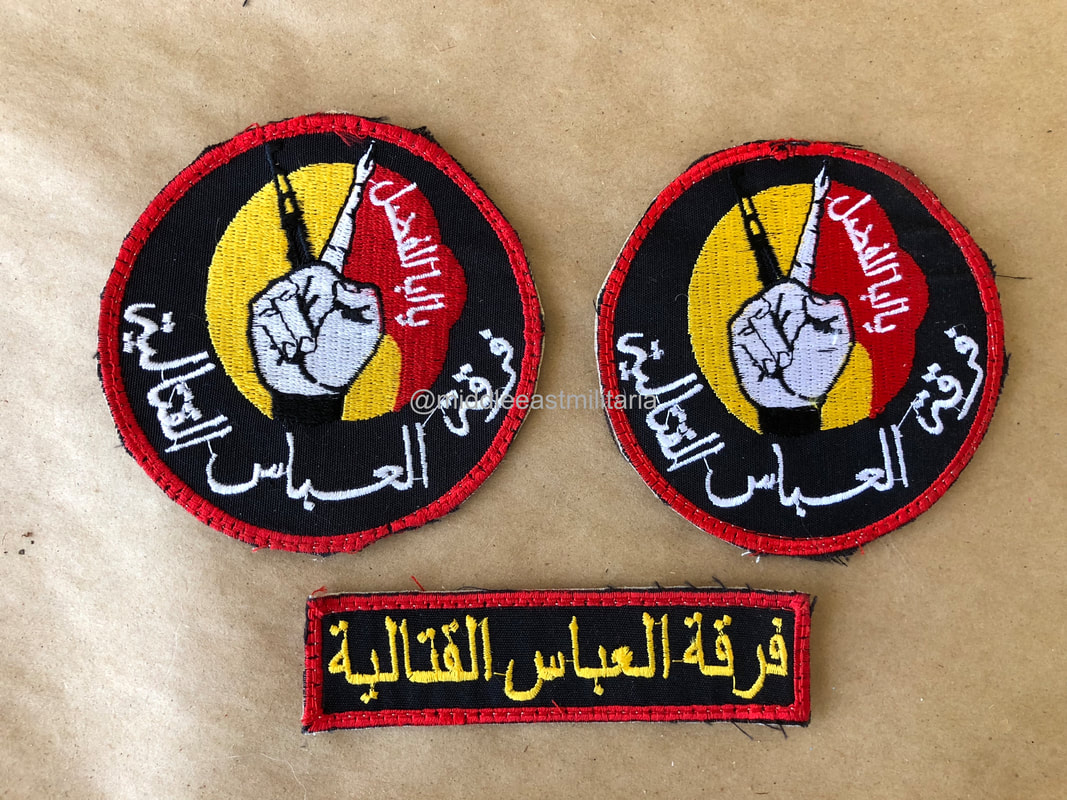 The Al-Abbas Combat Brigade was formed in 2014 by the country's most senior Shiite cleric, Ali al-Sistani, in response to the presence of ISIS. They are comprised of about 7,000 troops as of 2018 and are liked by the Iraqi population as they conduct civic services. 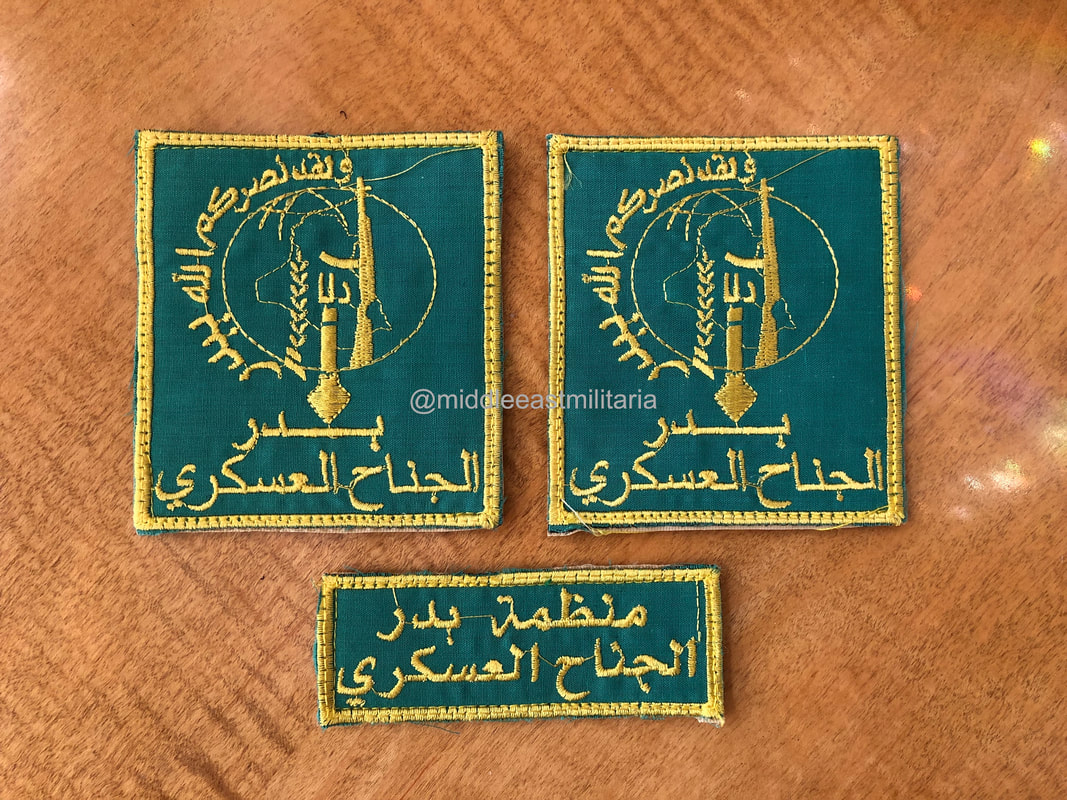 The Badr Organization started off in 1982 as an Iranian militia consisting of Iraqi exiles and refugees but changed to an Iraqi political movement in 2003. Most of their fighters integrated into the Iraqi security forces afterwards. Since 2014, Badr Forces and their Iranian officers joined the PMU to battle ISIS. 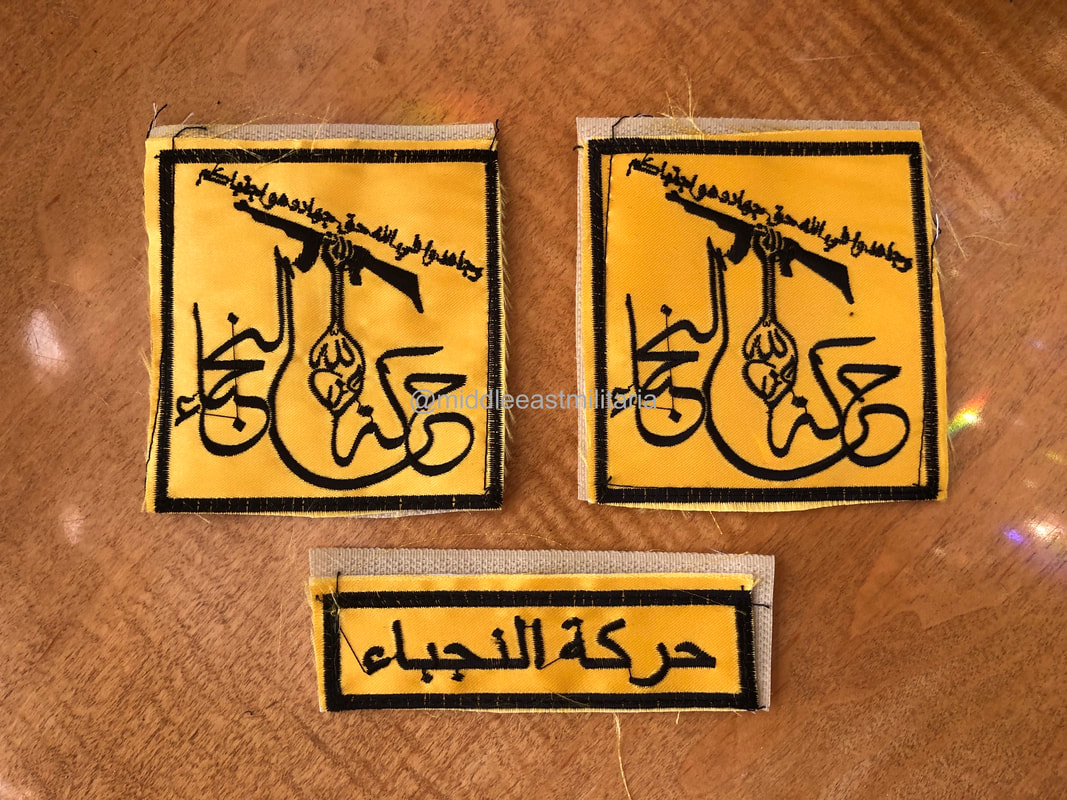 This group was formed in 2013 and is a Shiite militia backed by Iran. While being an Iraqi paramilitary group of the PMU, they have sent troops to Syria to fight against anti-syrian rebels. 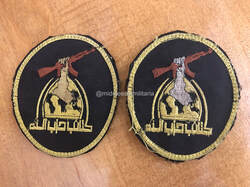 Kata'ib Hezbollah, translating to Brigades of the Party of God, is an Iraqi Shia paramilitary group that is supported by Iran. It was established in October 2003 and is still active today. This group has been known to attack US military personnel in the past. Presently, they are part of the Iraqi Popular Mobilization Units (PMU) that has been fighting ISIS. 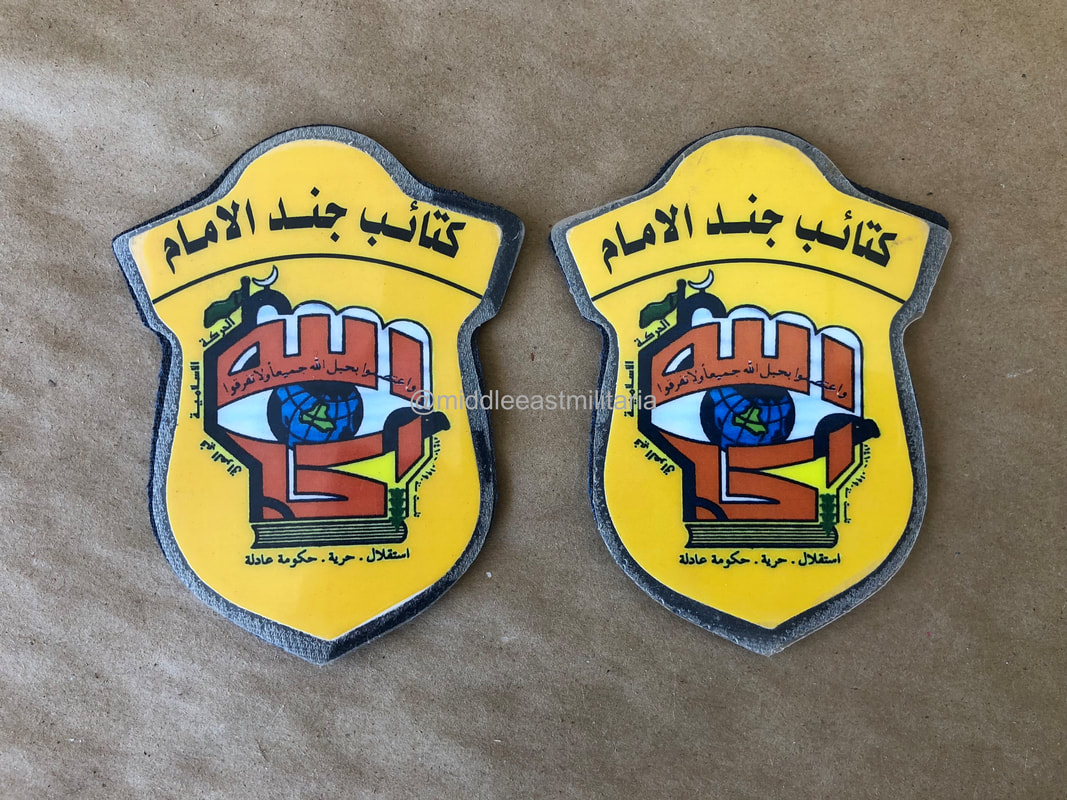 Kata'ib Jund al-Imam, or The Imam Soldiers Battalions, is a Shia militia in Iraq which is led by 'Abu Ja'afar' Ahmed al-Asadi. Their ideology is aligned with Iran. This patch is the newest version. 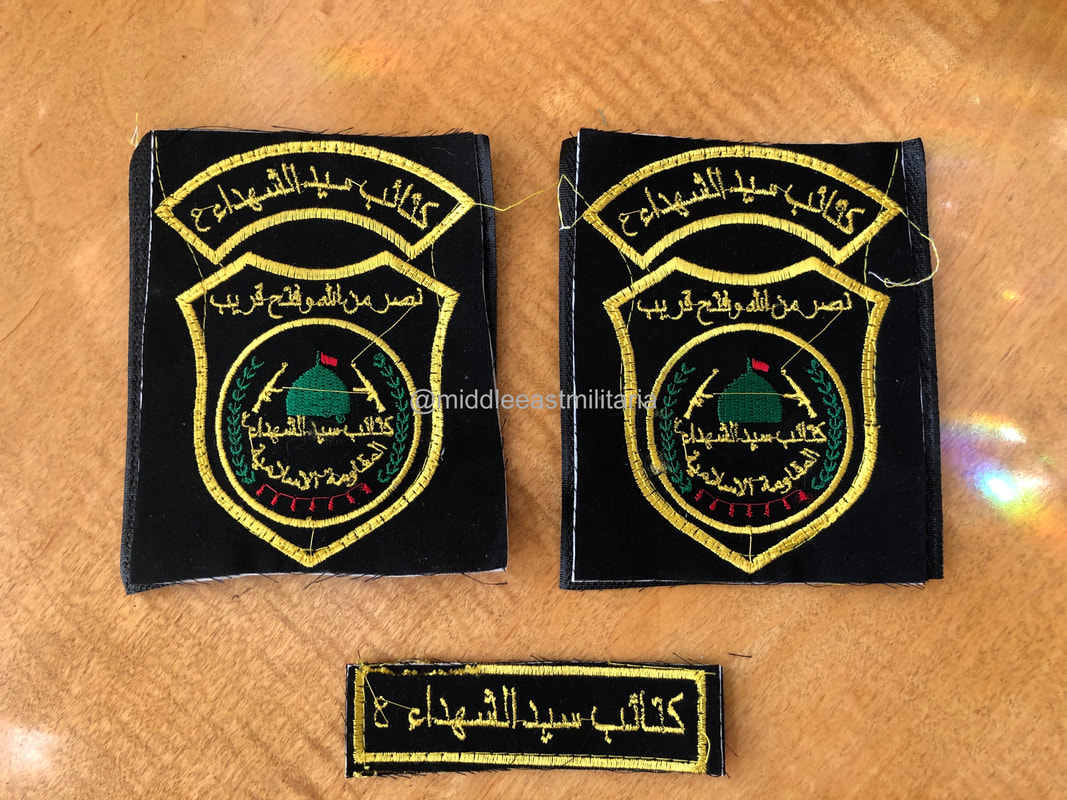 Kata'ib Sayyid al-Shuhada was formed in 2013 to protect Shia shrines throughout the Middle East and to put an end to the sectarian conflict. It mainly protects the Sayyidah Zaynab Mosque in Damascus, Syria. It's allegiance is to Iraq, but it is also allied with Iran, Syria, and the Bad Organization. They have fought in both the Syrian Civil War and against ISIS.
​This patch is crudely made, and the excess materials weren't even cut from the patch. It is made of a felt material. 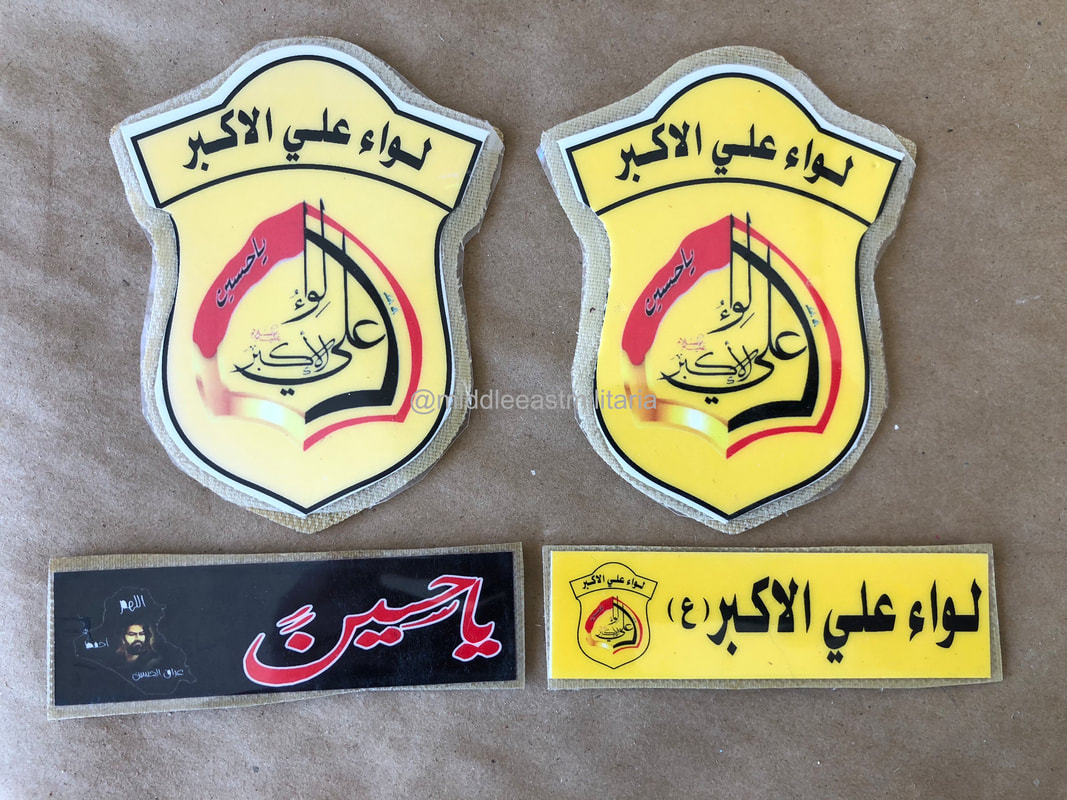 Not a lot is known about this militia, other than it is a Shia militia affiliated with the Imam Hussein shrine in Karbala. They follow the same leadership as the Al-Abbas Combat Brigade.